What is brain diabetes? Strong links have been made between Alzheimer’s and Diabetes. Dementia may be triggered by a type of insulin resistance occurring specifically in the brain. Type 3 diabetes (brain diabetes) is a controversial name sometimes used to refer to Alzheimer’s disease, a type of progressive dementia. (We are not talking about 3C which is a secondary condition that may arise as a result of other pancreatic diseases.)

The neurologist, Dean Sherazi, MD says that 3% of Alzheimer’s is heavily driven by genes. The other 97% is based on your body’s ability to eliminate waste. 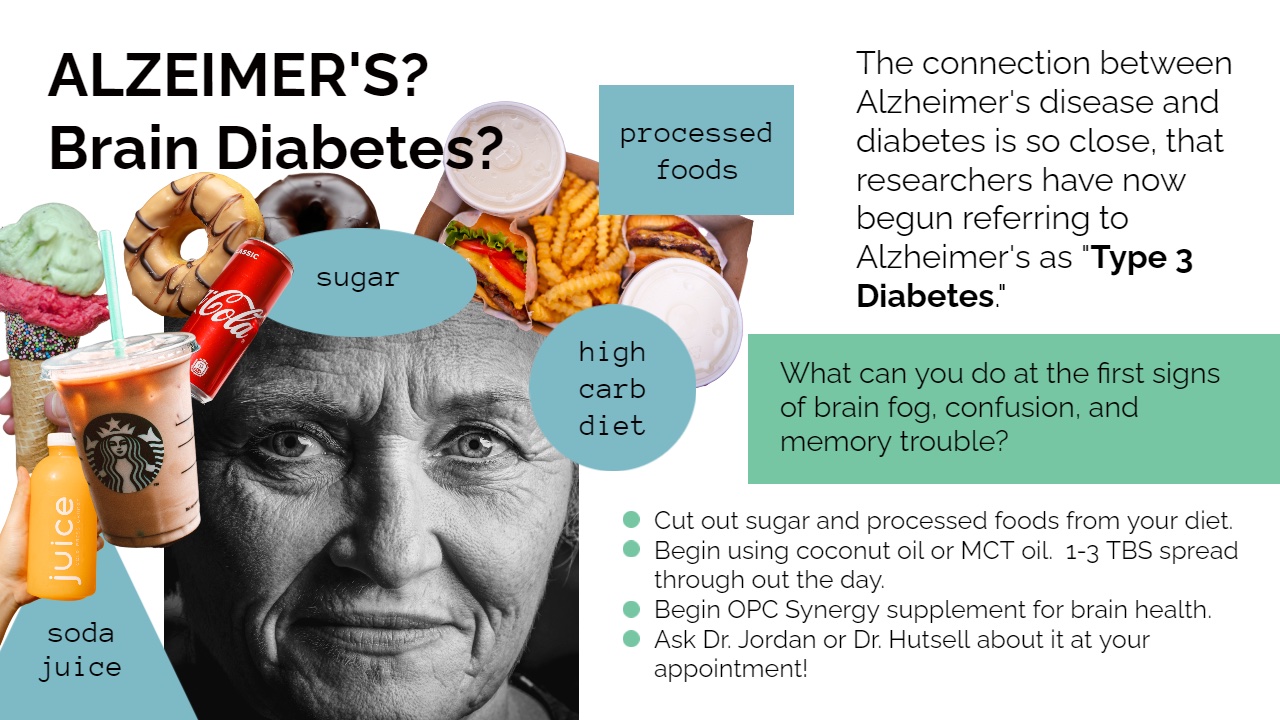 Do you feel like your memory isn’t what it used to be?

Alzheimer’s causes a gradual decline in memory, thinking, and reasoning skills. Symptoms of Alzheimer’s depend on the stage of the disease, it is divided into three stages but presents differently for everyone. 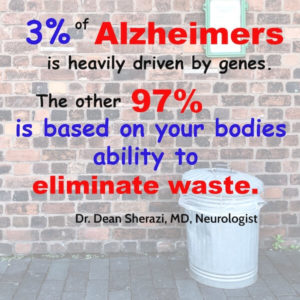 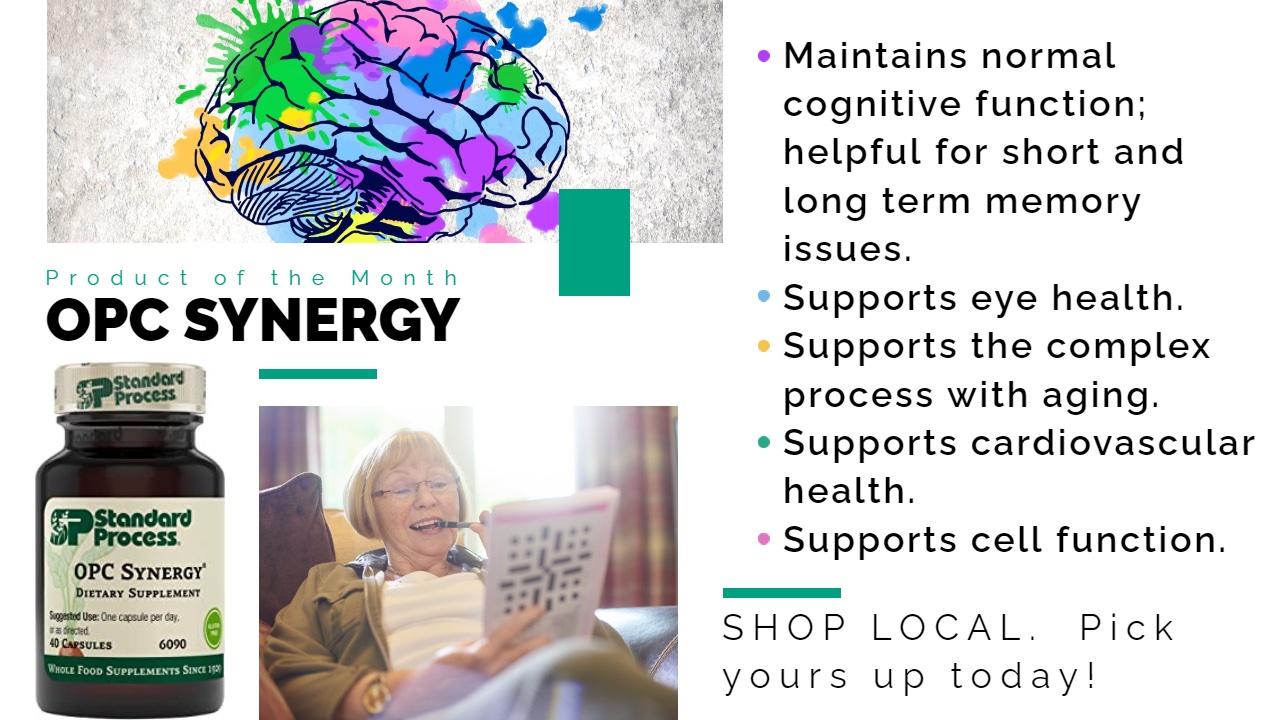 Your brain health should be a top priority if you are noticing any decline. Don’t just chalk it up to getting older! If you are interested in trying OPC Synergy right away, click on this link to shop online or if you are local stop into our office to grab a bottle today.

Make some changes for your brain health.

For the best outcome, begin making lifestyle changes and taking supplements that support the brain TODAY. Be sure to follow our June facebook posts for some great ideas and products.

Let Dr. Jordan and Dr. Hutsell help you make sense of the supplement world at your next appointment. They will create a plan to get you back on track! (Most supplements found in grocery stores are low quality, have fillers and very little of the main ingredient. We choose the supplements we offer VERY carefully. We only use the most effective, high-quality options we can find.)

The body is made to heal naturally with the right tools.